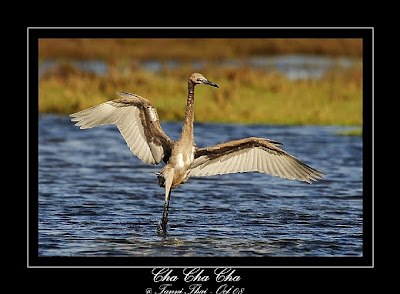 My bags are packed and shuttles wound. I'll be taking off for Palmetto Tat Days 2011 on Wednesday morning. Wheee!

I will miss the menfolk somethin' awful while away. But I'm hoping that tatting friends will keep me grinning and tatting through the conference.

Leprechaun No Show?
Can you believe Ciarrán says he isn't coming? It was all "Ar aghaidh linn," with his bag in his hand until he found out that The Sprout wasn't going. The fickle elf up and bailed! He says he's staying home to play with The Sprout and Toothless.

How many other tatting leprechauns will be at Tat Days?

An intervention may be required...

Inspired by the song: "The Bear Cha-Cha-Cha" from Jim Henson's Bear in the Big Blue House

A kind of hush is falling over the tatting blogosphere. Maybe because tatters are traveling...but I know not all of you are.

I will attempt to blog from Tat Days. Last year the internet connection from the hotel in Cornelia, GA, wasn't fast enough to upload photos. This year I will be on campus at the Baptist Conference Center in Toccoa, GA, where CrazyMom says the internet connection is serviceable. Keep your fingers crossed for more than one update! I will do my best.

Stay tuned for Tat Days updates. Signing off for now.

Tell Ciarran that there will be someone new for him to meet at Tat Days. She isn't a Leprechaun though and hope that fact would not bother Ciarran. She is a Pillywiggin! She is very shy tho.

Have a grand time!! Wish I could come.

I love your rendition! I'd never heard that song before, probably because my youngest is 28!

Have lots of fun, and do your best to keep us all informed!

The Best Husband and I do not have too far to travel, just three hours down the highway, but we will see you in less than 48 hours! :)
We will miss the handsome Sprout =(

Have a lovely time
Margaret