Call me crazy (it wouldn't be the first time) but I have started packing for Tat Days.

Here is a sweet list of recommendations from say la vee blog to help anyone else with their advance planning phase: packing

Why the new header?

This was my best effort to "freshen up" the look of this blog.

My frustration level with blogger templates has risen to unheard-of new heights. I hate everything about the new template format. *grumble.grumble*

Folks (like Fox and a few others) who routinely entice and delight us with blog makeovers, how do you manage?

As for the photo, I took it with my cell phone quite by accident one day while I was tatting and listening to Pandora streaming radio. The fabric is actually from the pocketed dolly bag I bought from Jane Eborall back in April, 2010.
Thinking myself quite clever, I decided to attempt a blog makeover using this photo. Many hours later I was still wrestling with the template designer options and intensely dissatisfied with the results.

In the end I settled for this. Mostly because it will focus on the color in the lace photos I upload. But I am not happy with the design.
Posted by IsDihara at 12:12 PM 8 comments:

On Monday, the human residents of Silly Hat Central had eye exams, so we drove to the nearest Metro station and rode the "city train" to visit the Optometrist. 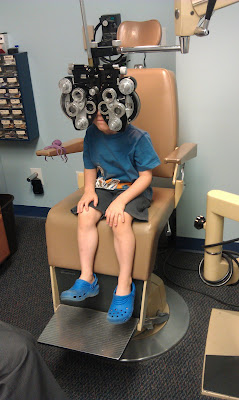 The Sprout and I both did great! His eyesight is exactly where the doctor wanted it to be and no change for me since last year. Big Daddy has officially joined the Progressive Lenses Club for Men.

Alas, we had to explain the "city train" only travels around the city. The closest killer whales were in Florida.**

We stopped by the outlet mall on the way home to buy a pair of Crocs on inventory clearance. Here they are. 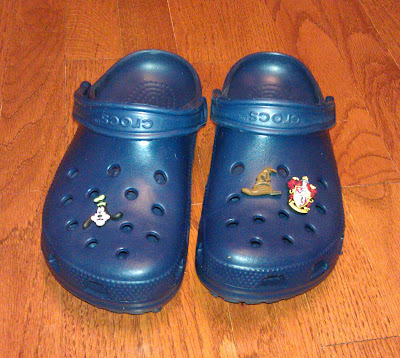 I don't know what is more exciting, the fact that they are for me or that with the money I saved I decorated them with Harry Potter Sorting Hat, Gryffindor Crest and Goofy Jibbits. If only they had tatting shuttle Jibbitz! 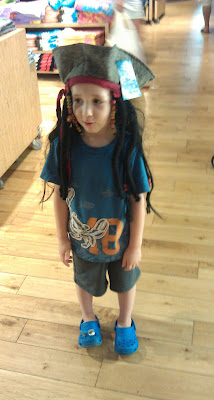 The Sprout donned this Pirates of the Caribbean hat in the Disney Outlet and had us grinning from ear to ear. (That's a shark on his crocs.)

♥ from Postie
Two parcels arrived via post on Monday while we were out. 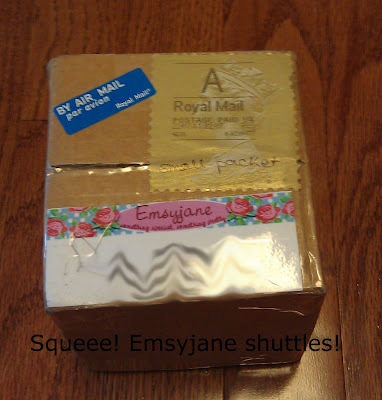 The arrival of these parcels couldn't have been better timed. Inside the box were these beauties. 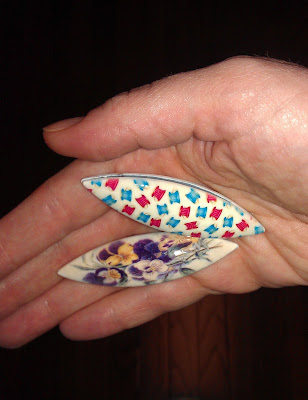 Suffice it to say, as thunder rolls and lightning crashes outside I am happily unwinding Helm's Deep HDT and loading up new shuttles for their first tat. 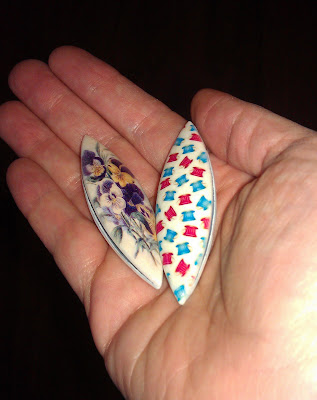 One is called "Tea for Two" and the other, "Pretty Pansies." Both the HDT and the shuttles are more enchanting than the photos can portray.  Squeee!

** This past weekend I learned that SeaWorld in Aurora, OH, and Geauga Lake had both closed down in 2007. Both places held fond memories from my own childhood. How disappointing to not share these attractions with The Sprout.
Posted by IsDihara at 8:58 PM 4 comments: